One Book at a Time

Raising A Reader connects children and families with their local library. The program helps ensure that the habits of book-borrowing and reading together continue beyond the scope of the program.

Throughout California, as the last streaks of daylight fade from the sky

and light bulbs blink on in living rooms and dens, many families settle in for a familiar ritual: A child chooses a favorite book from the family bookcase. A mother or father pats the cushion beside them. Parent and child fold into each other to read before bedtime.

Those who grew up reading can’t imagine it any other way. But for many families, until recently, shared reading was a luxury they didn’t think they could afford. Even if they had books in their home – which most families who live in poverty do not – they did not know hw to make reading part of their time together.

A New Type of Literacy Program

In the late nineties, a community foundation in Silicon Valley identified this lack of family reading time as a contributing factor in many of California’s public school failures. If parents are not building literacy skills at home, they found, then a child is at a disadvantage before he ever sets foot in a classroom. As a result, they created Raising A Reader (RAR), a new kind of literacy program, focused on family engagement.

Students need access to books at home, plain and simple. But researchers and educators alike now recognize that just putting a book into their hands isn’t enough. Like many other literacy programs might, RAR supplies a cheerful book bag for each child to bring home, filled with new books every week – about 100 books rotate into each child’s home during the course of the school year. But unlike other programs, RAR also trains parents, teachers, and local librarians to help children benefit from the books. Its unique, two-part literacy focus teaches parents to use reading as a bonding tool, and in turn, strengthens family relationships.

The RAR model has since become one of the nation’s most successful literacy strategies, reaching more than 1.6 million families and counting.

In 2011, the program earned the attention of the California Masonic Foundation, which realized that by bringing RAR to students in the state’s lowest-performing public schools – those at the highest risk for academic failure – California Masons could start a new cycle of literacy in the state. The Foundation approached RAR with a mission: to turn the page for child literacy in California. They cemented a partnership that fall.

“Support for free public education has always been a hallmark of Freemasonry,” says California Masonic Foundation President Douglas D. Ismail. “Through our partnership with Raising A Reader, we are offering an opportunity for academic success to thousands of vulnerable California children.”

Sharing the Joy of Reading

One such community is San Jacinto, a working family community in the Inland Empire area of Southern California. Here, English is a second language for half the student population. Nearly 80 percent of children are on free- and reduced- price lunch, the primary indicator of school poverty. Masons in this region, and in five other areas spanning the state, have formed Public Schools Advisory Councils to address education challenges. In Inland Empire, it’s clear that RAR is needed – urgently.

Shari Fox, once the school district’s superintendent and today president of the San Jacinto Rotary Club, has seen children’s struggles first hand. “The Rotary Club gives every third grader a dictionary,” she says. “I hear third graders say, ‘Do I get to keep this? I’ve never had a book before.’ The parent training and the connection with the local library add a fullness that I haven’t seen in other literacy programs.”

“Every parent wants their kid to be successful,” Fox says. “They put a great deal of trust and support behind classroom teachers. But a teacher can’t do it alone. And for some parents, going into a school is pretty intimidating.”

Fox guesses that the percent of San Jacinto Unified parents with a college degree is in the single digits. But for their children, this statistic doesn’t have to indicate failure. It’s family involvement that matters most – regardless of the parents’ education or even their personal literacy skills. It’s been tested and proven: Family involvement affects academic achievement. RAR parent educators explain to families that they need to sit down daily with their child and a book. They teach parents how they can build literacy skills, no matter their own reading ability. It’s about asking questions, they reassure parents. Having a conversation. Looking at a picture and making up a story.

Many parents are initially hesitant. But they soon understand those things don’t matter, and fall in love with the habit of reading with their children.

Educators, parents, and students in schools with Raising A Reader are already seeing a difference.

“We had a family who had to evacuate their home quickly due to a flood and the only thing that their 4-year-old grabbed was her Raising A Reader book bag!” reported one teacher in Shasta County.

Another teacher in Solano County recounted a story that a student’s mother had told her: Mother and student were on their way home when her son yelled, “Stop! I forgot my books at school. We have to go back.” The mother had errands to run and explained that they didn’t have time – then her son began crying. She realized at that moment the importance of the RAR program. She turned the car around and headed back to the school to retrieve her books.”

“To have new books sent home every week is pretty extraordinary. Couple that with the training the parents get? It’s a great gift to our community,” Fox says. 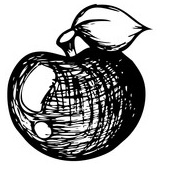